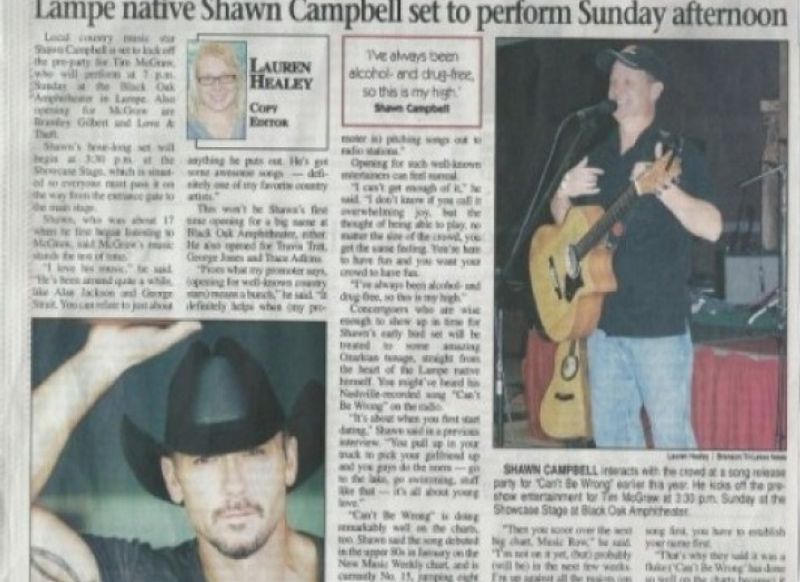 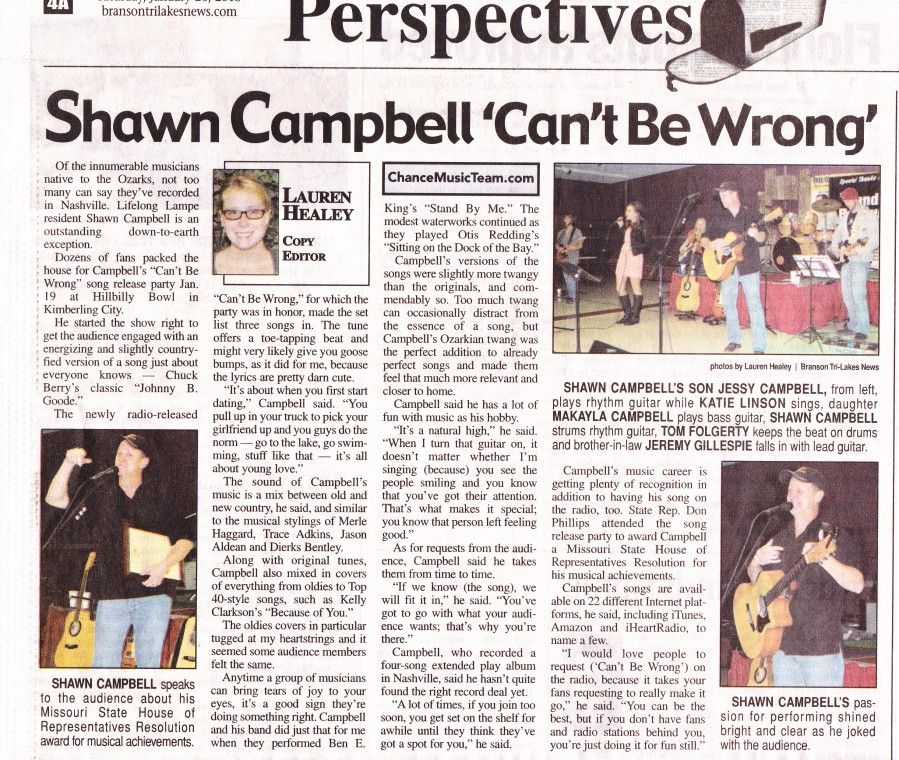 Album, "Can't Be Wrong", is a mix of songs that talk about life, love and all the stuff along the way of falling in and out of love hope you enjoy the songs and maybe they might remind you of a place and time in your life.
Produced by : John Nicholson
Lead Singer- Shawn Campbell; Duet & Back-up Singer - Marcia Ramirez; Back-up Singer - Monty Allan;
Bass - Jimmy Carter; Acoustic guitar- Kevin Williams; Lead Guitar - Kelly Back; Drummer - Wayne Killius;
Piano - Dirk Johnson;
I have been blessed to get to do the shows and meet people and play with some great musicians and Artist along the way
and I appreciate all the support from everyone. May your dreams and wishes come true.
thanks Shawn

Shawn put together THE BAND RESCUE a group based around Southwest MO. Area.
A very well Known band by their fans, friends, neighbors, and family.

Shawn had landed some big shows with his band Rescue PRE-SHOW'S & OPENER'S for some very big name's such as Travis Tritt, Tanya Tucker, George Jones, Jason Boland, and even the rapper Nelly.
They have opened for the Mansion, Grande Palace, Chateau, Ozark Empire Fair, Roaring River Theater, 107.1 Radio, Colgate Show Down, Pine Mountain Theater, All-American Weekend, Crossover, Black Oak Amp Theater, PFI/PBR, Bonnie and Clyde, Ice Cream Social, just to name a few and many more along with a lot of fundraisers.

Monty Allen- Has been Backup Singer for Allen Jackson for years in the Strayhorns band and is in high demand as a studio vocalist and is an amazing song writer.

Kevin Williams - Acoustic guitar Kevin has played w/Gaither Family, Toured with Wendy Bagwell & The Sunliters and has 2 decades in gospel music, more than 600 recordings and hundreds of live appearances.

Kelly Back - Lead guitar is Nashville's guitar hero. He has played on more Christian, Country, and Gospel projects than most guitarist. 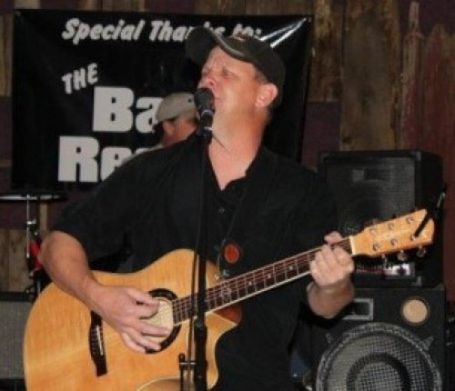 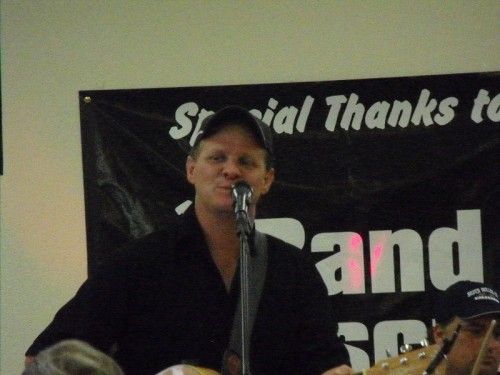 New Songs: This Old Road, Think About ,  You drive me crazy,  Love at first sight